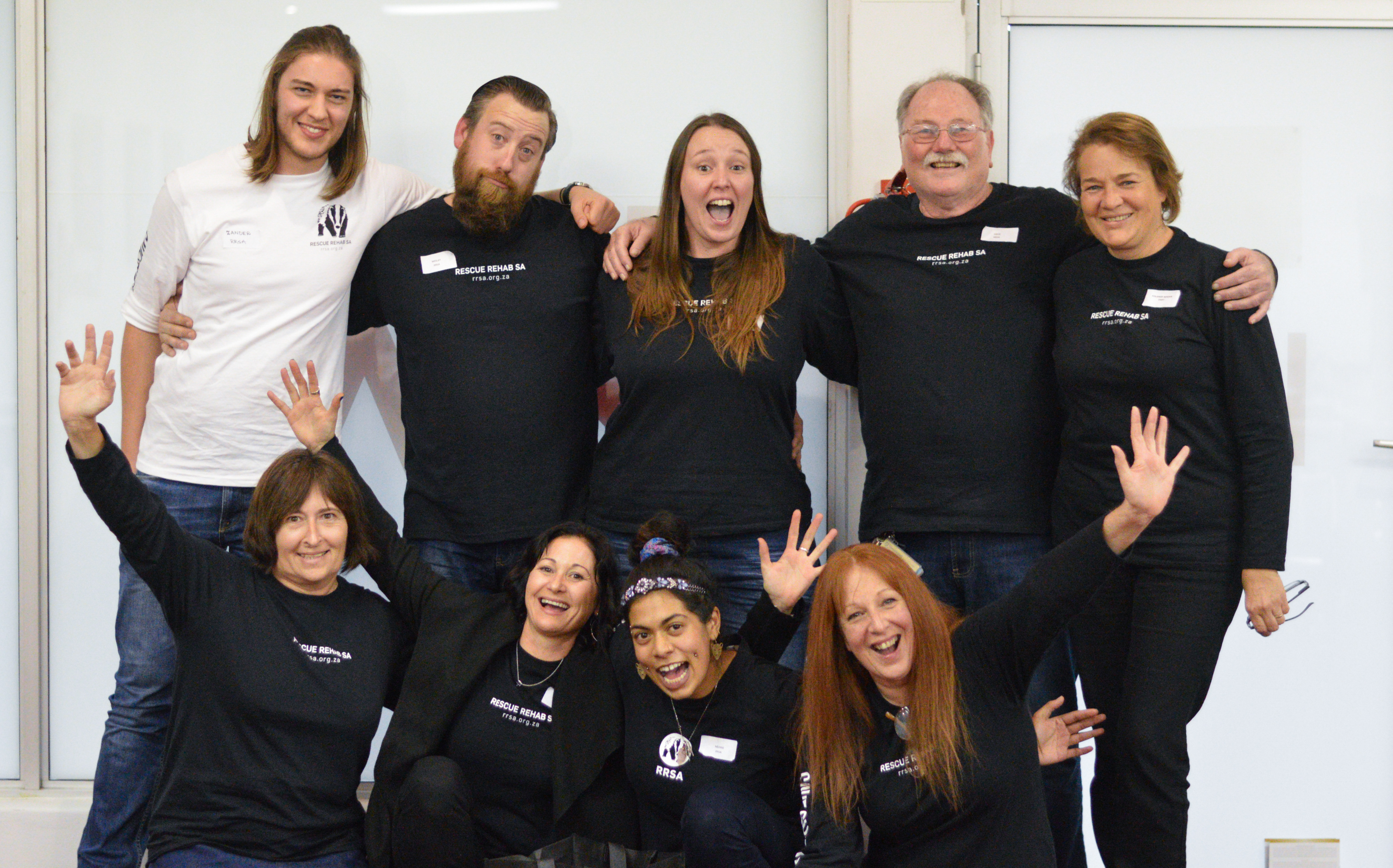 “In every single day, in every walk of life, Ordinary People accomplish Extraordinary things” – Jim Valvano 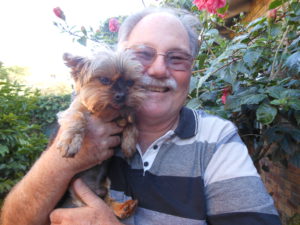 (Trustee) joined the Sandton SPCA in 1981 as a volunteer then co-managed Sandton SPCA in their new premises with his wife Jenny from 1983 to 1987. By this time the protection of animals had well and truly bitten and his experience encompassed Management, Cruelty Inspectorate, Pound Management and Investigations. During the unrest in the mid-eighties he also spent many days cleaning kennels when personnel could not get to work.

He was a Director on the NSPCA Board from 1989 to 1997 and an employee of the NSPCA from 2004 to 2015 at which time he retired. His portfolios during this last period included education, social media branding, website management and digital communications, trust funding applications.

He was also the original founder of Blaauwberg Animal Trust in 2002 and his current goal is to get fireworks banned from South Africa.

LOVE AND RESPECT FOR ANIMALS
Dave’s love of animals was inherited from his parents. Dave only adopts rescues and his current companions are two beautiful Siamese cross cats, brother and sister, both very chatty and each with their own personalities, plus a super cute highly intelligent Yorkie who spent almost a year of his puppyhood in a breeder’s cage as he was not perfect.
And as all pet owners know, companionship is about bonding with an animal, not the looks. 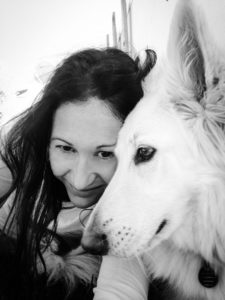 Ronel De Villiers (Founder & Trustee) has always been passionate about caring for animals and being an activist soon become a priority. She started a Cat Furniture Manufacturing company for pet accessories in 2004 and managed her Guest Lodge in the hospitality industry. Her background includes operations and sales for Health & Fitness Clubs and National Brand Manager in the FMCG industry.

Ronel is an active member of the Sea Shepherd Conservation Society (SSCS) and volunteer on global campaigns like defending the pilot whales in Faroe Islands and Elephant Human Relation Aid (EHRA) in Namibia.  She volunteered with various local animal rescue organisations, assisting with Fund Raising, Volunteer Management, Brand Awareness, Adoptions, Outreach Programmes, attending to the community and their sick animals in rural areas as well as participating in mass sterilization projects.

Ronel believes that all life forms are of equal importance and value, and that all sentient beings deserve to be treated with equal respect. It is a privilege to enjoy animal companionship and that humans are the custodians of the earth for those who can not speak up for or help themselves. She follows a vegan approach in that “Veganism is about nonviolence. It is a state of mind that is kind to you, animals & the planet.”  One of her heartfelt goals are to get the use of plastic banned in South Africa. 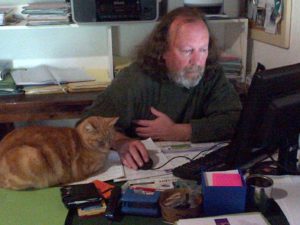 His experience in and knowledge of International Law, Mediation, Arbitration as well as a deep-seated respect for Law and Regulation enables him to deal with most of what is thrown into the ring.

Office hours have never solved any problems and for that reason he works from his home-office and is, within reason, always available to assist.

Not being office-bound, allows Leon the freedom to explore and study leading trends in Company and Trust Law with the obvious benefit to his clients. 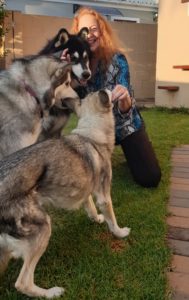 Yvette Huysamer (Trustee) started her animal welfare career as a volunteer at DART and then joined RRSA as part of our volunteer crew. During this time she was invited to become a Trustee at RRSA and was delighted to jump in with all paws! Soon after,  she was nominated to take up the position of Secretary at Cape Animal Welfare Forum (CAWF). Yvette shares the vision of bettering the lives of all sentient beings and sharing in the love they offer. She aligns her mindful living and actions with Job 12 : 7 – 10: “Be a good steward of the earth.”

Yvette is the Property Manager at Zygon Property Group.  After hours, she serves on Exco Board Tableview Ratepayers and represent RRSA on the City of Cape Town Ward 107 sub committee, Vulnerable Designated Groups. She is a Member of PAAC (Protected Areas Advisory Committee Western Cape) and an active member on the Community Advisory Panel working with Astron Energy. When you need the job done, give it to a busy lady…. 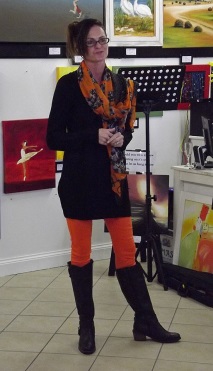 We have decided to feature the dynamo powering DRD Consulting for the month of August; Dorothy Rose Dixon graduated from the University of Cape Town and then went on to qualify as a chartered accountant accredited by the prestigious South African Institute of Chartered Accountants.

Dot soon became a tax force to be reckoned with and became a partner in the well-respected firm BDO.

She decided to take the leap into private practice and gathered a trusted team around her. Today Dot is the driving force behind DRD Consulting advising on a wide range of business and tax challenges.

Dot Schafer is involved in charity work including Rescue Rehab SA as well as local church charities in her beloved Velddrif, West Coast as well as being a talented artist (painting) and musician (violin).

Whether you are part of a work team or social circle looking to make a positive impact, engaging in a transformational volunteer experience takes more than just showing up. We have a dedicated team of National Volunteer Projects Crew and volunteers with decades of collective expertise in business and animal welfare, all connecting to experiences and devoted to making an everlasting impact that actually make the world better and at the same time creating an encouraging working environment, whilst learning from one another.   To become volunteer crew, please complete our crew application. 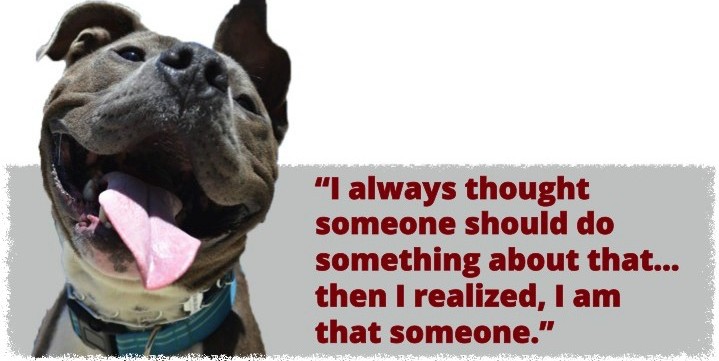